She is not the only one of her kind, as she comes from a part of the galaxy called "Luxu-Perkuell", where there are approximately 25 planets. Every 100 years, a warrior is chosen from each planet, so that together they protect the bowels of the galaxy. Menphins-Perkuell, is the name of our warrior, from the planet Katurpial005, who at 195 years old, continues to bravely protect the dark part of the galaxy. But there is something that little by little has been decaying in her, her energies. There are only 5 more years left to choose the next warriors, but I don't think our warrior's energies will last another 5 more years. The fight of our warrior against this creature was very close, but in a moment of carelessness, the Double Darkness stole much of her energy and left her too weak to continue fighting. Luckily, two other warriors wandered the area and saw the bloody scene, helping our warrior and thus finally defeating the creature. The Double Darkness used the energy of our warrior to turn her into a ball of poisonous acid, which he threw against the warrior and weakened much of her vital energy and as she did not have the strength to raise her protective tail, all the poisonous acid fell on her and weakened her vital energy. Our warrior was recovering for many years, but despite her near death, she never stopped watching and defending her galaxy. She was really lucky, because if her galactic companions had not been roaming the area, I think she would have stopped fighting long ago. I believe that 95 years defending her galaxy, have been enough for our warrior, let's hope that the Galactic Organization of Defense and Armory of Luxu-Perkuell, gives her retirement to our warrior and can tell the inhabitants of her planet the incredible adventures that she has lived in the endless of the galaxy. 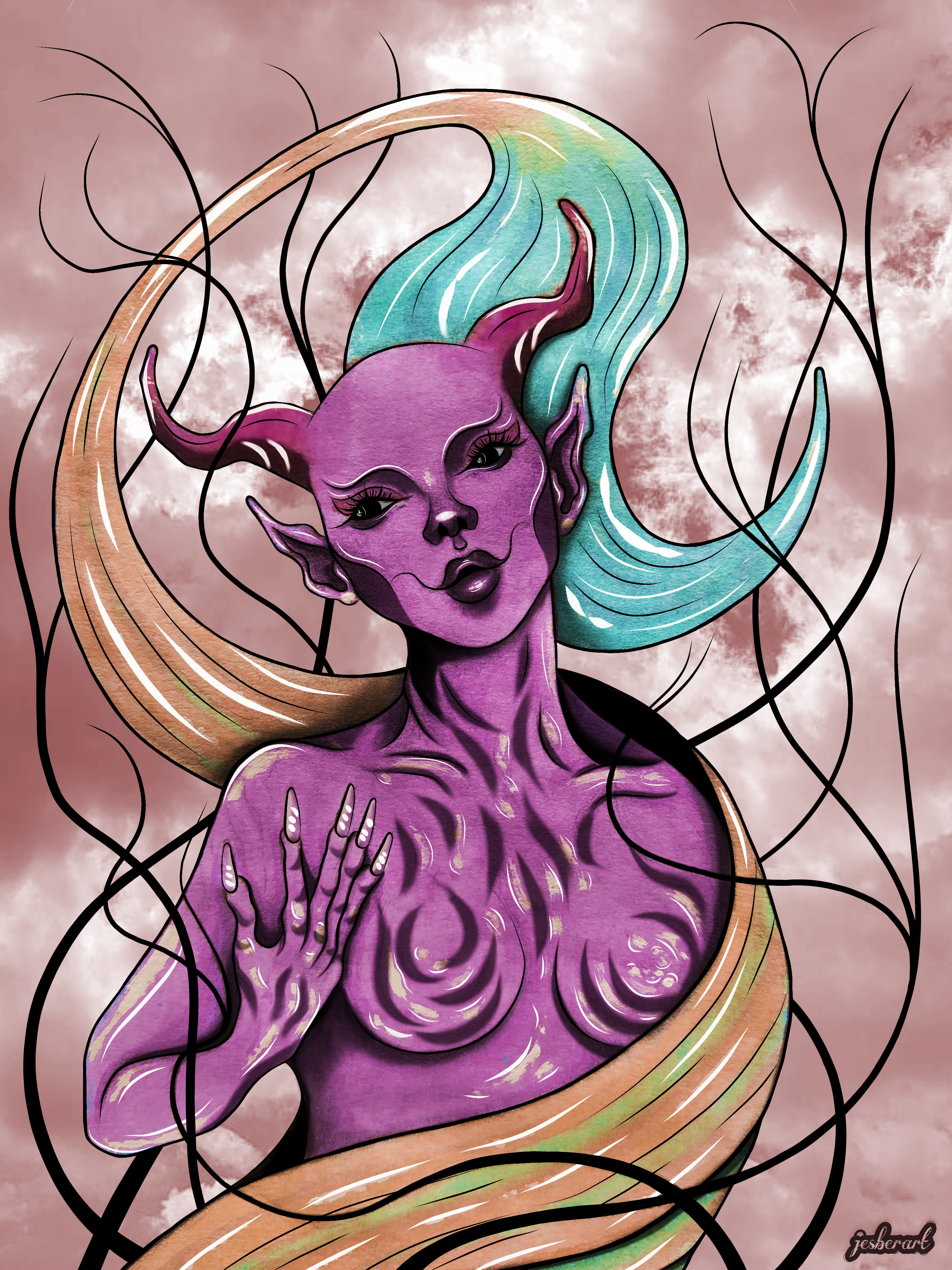