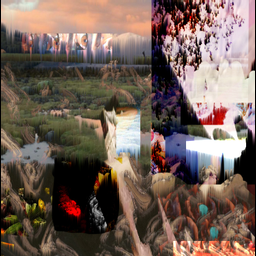 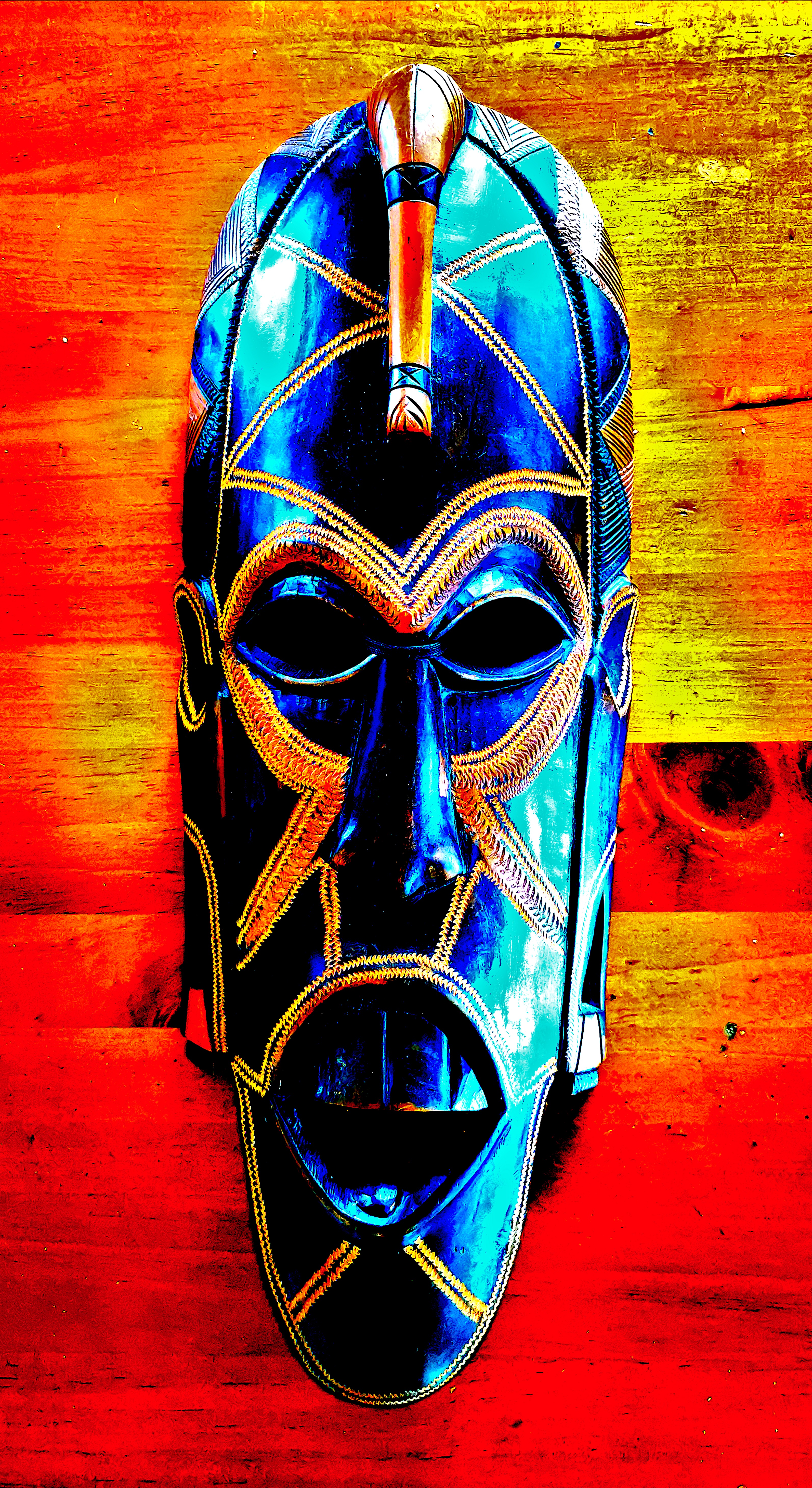 Welcome to my first work and thanks for inviting me on board! I found this beautiful old African mask at a car boot sale. It looked like what the word Africa means to me. I immediately saw it as a base image for a concept Vinyl Albumn cover for an electro-reggae-dub band i liked from the 80's and 90's called African Head Charge with the deliciously named Jah Wobble as one of the founders. I found a suitable background layer that fitted with the theme and called up voodoo gods of Paint and Gimp and a few others to create what I think is a cover that would invoke what the band was all about. If anyone knows if AHC is still around maybe they could check this out for their next vinyl release🤩lol