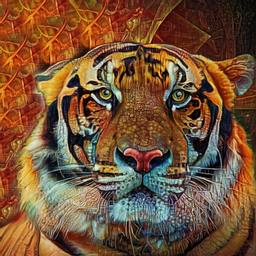 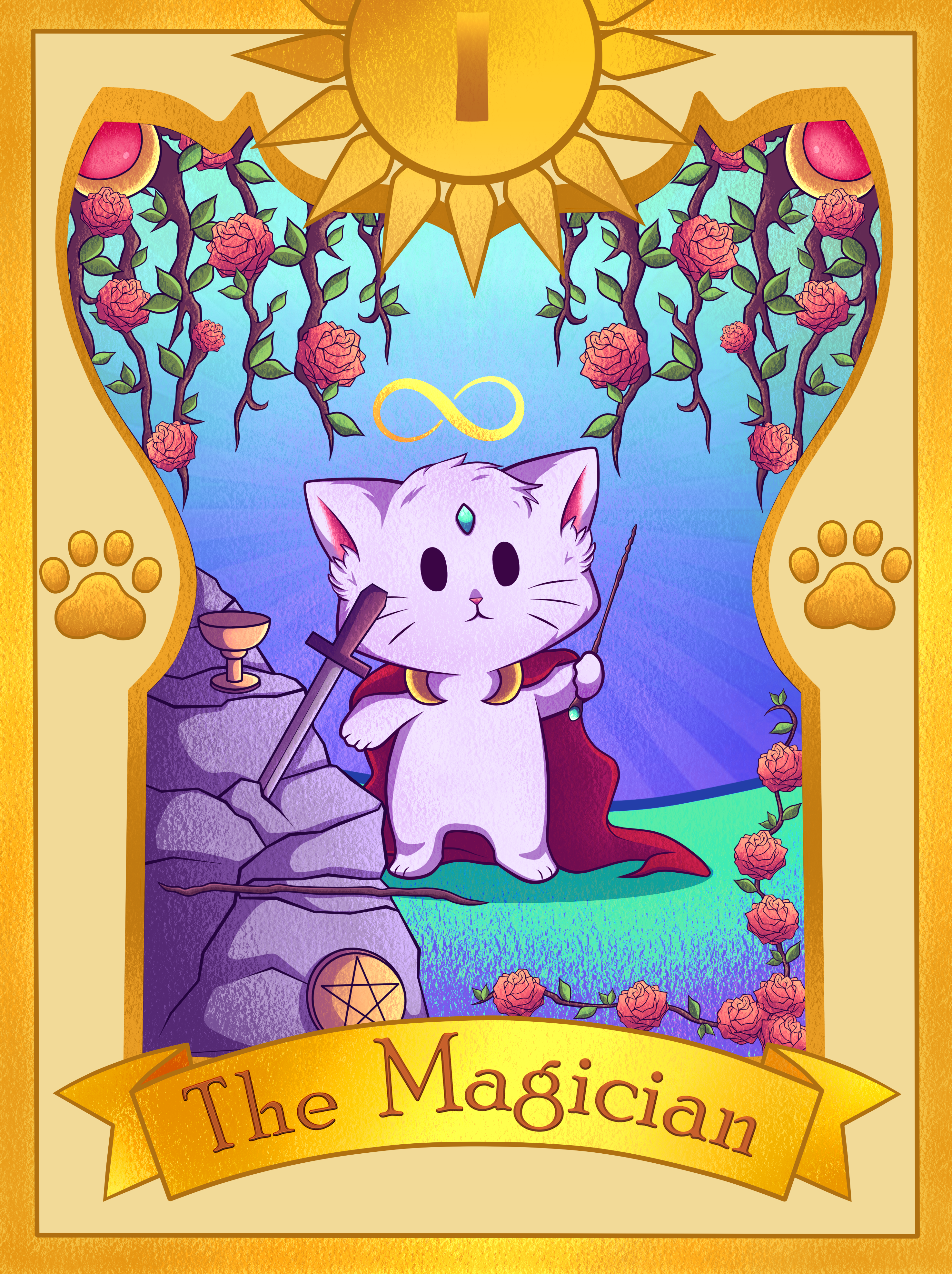 The Magician card is numbered One, the number of new beginnings and opportunities. It associates with the planet of Mercury. He stands with one arm stretched upwards towards the Universe, and the other pointing down to the earth. His positioning represents his connection between the spiritual realms and the material realms. The Magician uses this relationship to create and manifest his goals in the physical realm. He is the conduit that converts energy into matter. The Magician is a white cat, symbolising purity, and his cloak is red, representing worldly experience and knowledge. On the rock in front of him are the four symbols of the Tarot suits – a cup, sword, wand and pentacle – each symbolising one of the four elements – water, earth, air and fire. It is also a sign that he has all the tools (and elements) he needs to manifest his intentions into being. Above his head is the infinity symbol – which signal that he has access to unlimited potential. And in the foreground is an array of foliage and flowers, symbolising the blossoming and fruition of his ideas and aspirations.