"Fuel" is the first in a series of three entitled "Consumption". It is followed by "Flame" and "Ash". The themes I had in mind were natural resources, living energy and cannabis. It is composed of a background photograph of a stainless-steel bowl containing chopped herbs. Overlaid on that are many layers of other photographs that are nearly transparent. The colours were then adjusted. No other changes were made. Only three will ever be released. Signed by the artist at pixel resolution bottom right. 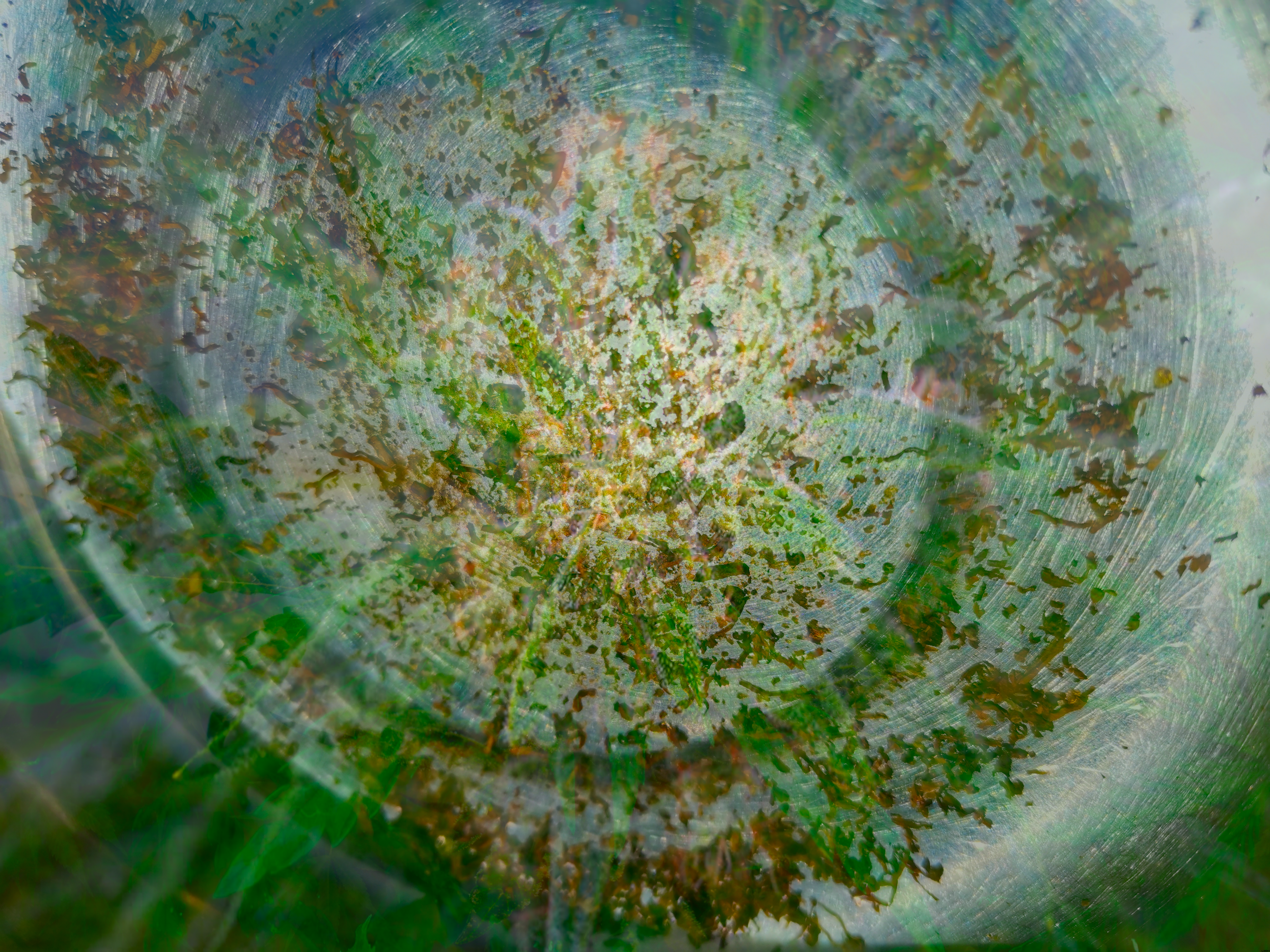