New Zealand was inhabited by the Maori who navigated from east Polynesia in the 1300's.They were fierce tribal warriors who fought with each other for land and resources,enslaving their captors and even eating them.In the early 1800's Europeans arrived in New Zealand and after several years of war with the Maori the land was united under a Treaty making New Zealand a colony of England. Maori still make up over 25% of the population and their language is widely used as a the second language of the country. This image is my take on a portrait of a famous Maori chief.He is wearing the traditional full face tattoo-Ta Moko- done with sharp bone and natural plant ink with no anesthetic over several days and even weeks.It denotes his power and status and is believed to make him inviolate in battle. How beautiful is this Moko! 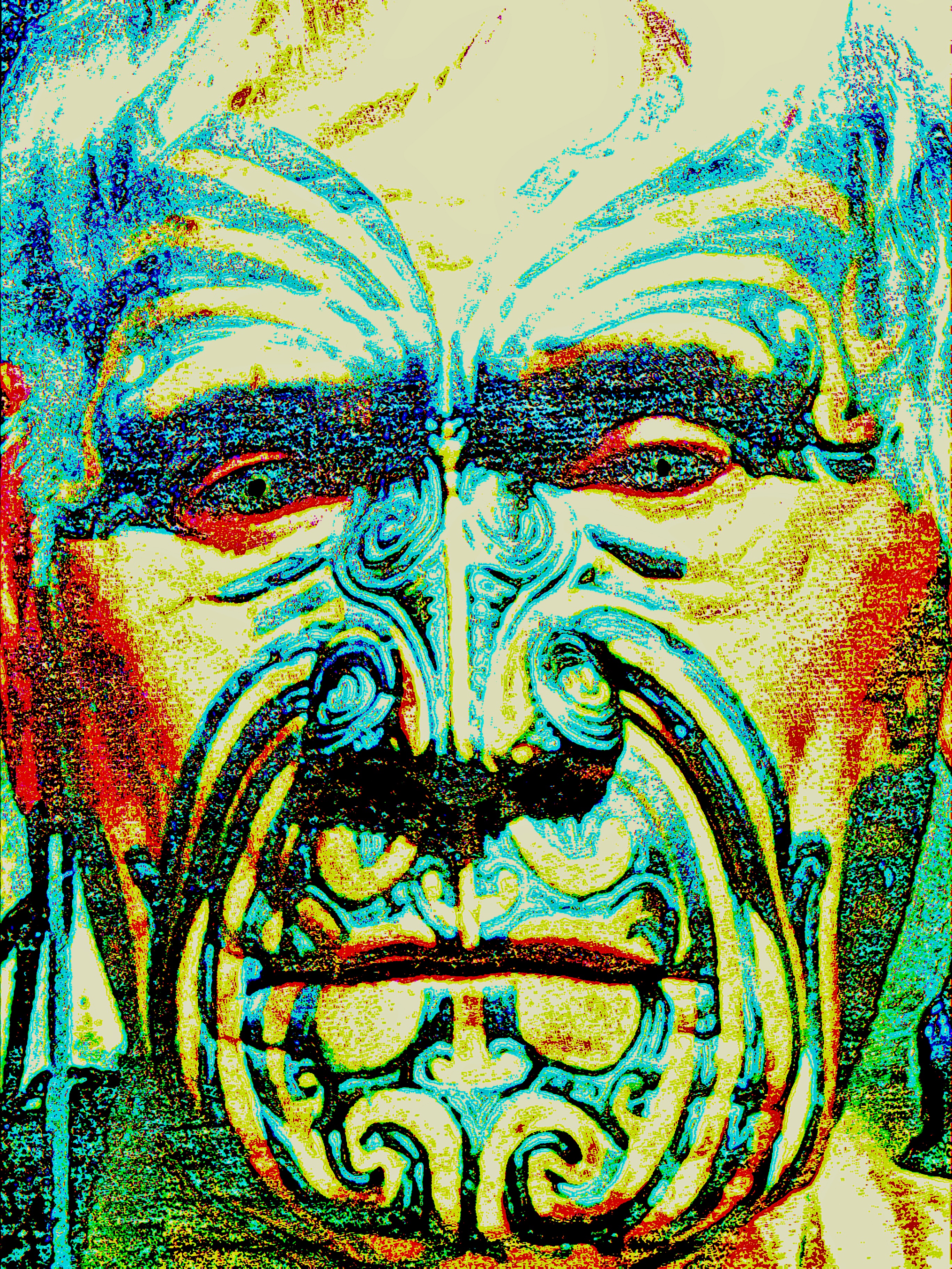