Image from the book with the dutch title: Leidsche Ommelanden (Surroundings of Leiden). The picture shows the castle Duivenvoorde in Voorschoten near the city of Leiden, which has a history dating back to the Middle Ages. This picture is part of a series. Inspiration for this series are the books about The Netherlands, issued first half of the 20th century by the dutch biscuit manufacturer Verkade. The books were illustrated with collectable watercolor art pictures, which were reproduced with chromolithography. The art pictures were collected by children and later also by adults and had a very recognizable style. Digital chromolithography: In my works I have been inspired by the typical colors of chromolithography and classical composition of these books. The works themselves are created as fully digital vector images. About this publication: This work has been published in a series of 5 pieces in the dimensions of 2000 by 3000 pixels. Additional publications of this work in distinctively different sizes are reserved. 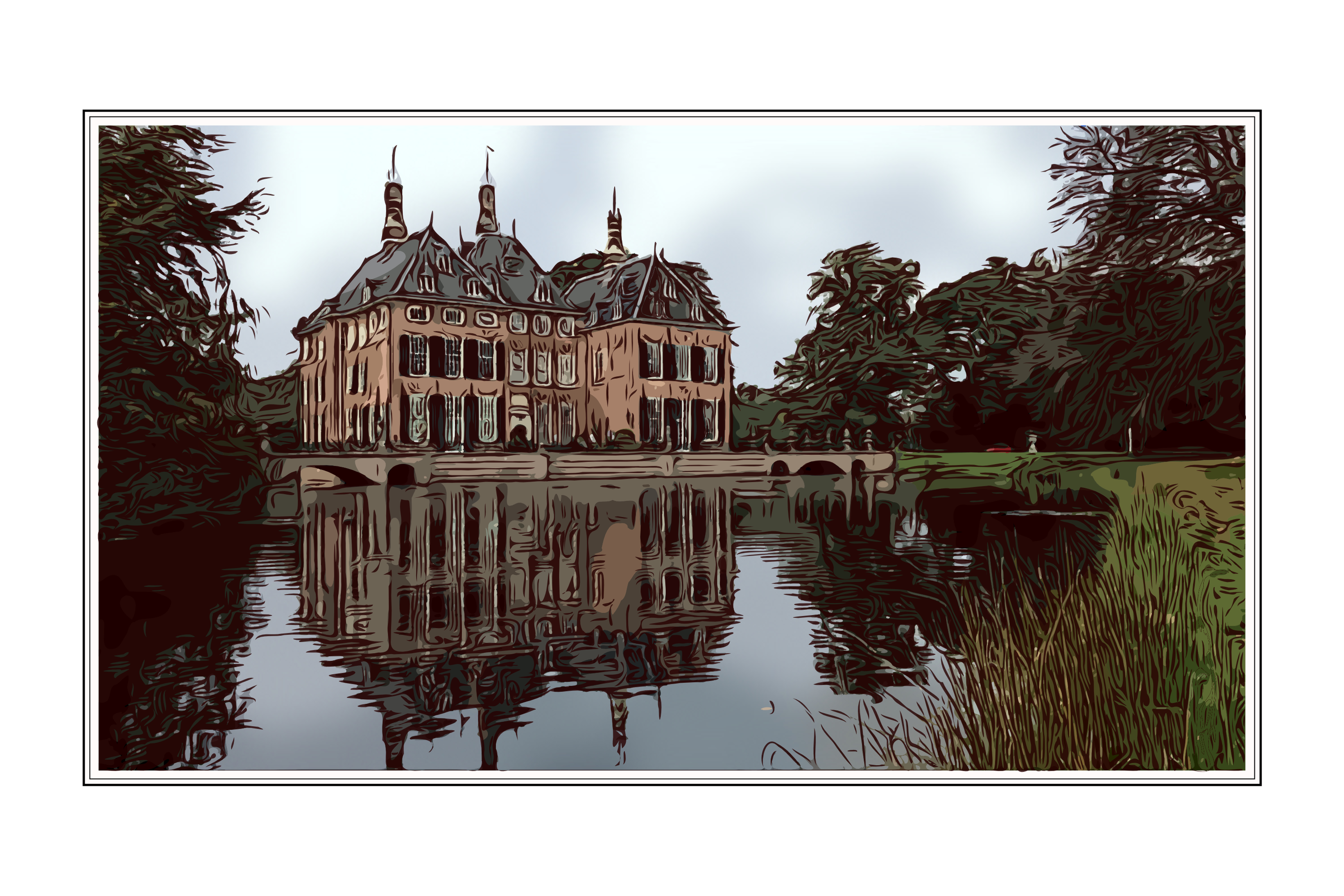