Unique Single Edition NFT of my Original Oil Painting on Canvas, 28" x 36", 2007. Nice super high resolution 4200 x 5459 image on purchase. Image Size: 28.9 MB. This work has lots of fine up close features for exploring. Description of the work: "I created this piece during my first time living in Thailand and traveling through the region, including Cambodia’s Siem Reap, where Angkor Wat is set. While in SE Asia , I learned a great deal about Theravada cosmology, and used the exposure to iconography and local cultural vibe as inspiration for this work. The piece is built upon the basic format of the Buddha’s trial with Mara (a Deva) as Mara tempts the Buddha from attaining perfection (Nirvana/Nibbana). But the inspiration for the piece is multi-layered. In Thailand there is a third gender, the Katooey or Ladyboy, which is a normative accepted identity. In my own experiences, also I have come across many instances of gender ambiguity–when I was eleven I spontaneously fell into a gender void in my awareness, unable to find anything that defined me as male or female. Later, as a teen and young adult I began to realize the spirits of various gender types within me. Even the realization of the attributes of my parents merged within me added to this comprehension. The idea of transgender, as a term, became the transcendence of gender; namely the channeling of many variations of gender, and in due process inhabiting all of them, and yet none with particular ego attachment. It is a very Buddhist kind of meditation, to be aware of the discernment of many genders within one’s being, exploring them, and yet graduating past them as definitive markers of personal identity. One then becomes oriented naturally within the genders as a manner of being and not a manner of categorical reflection." 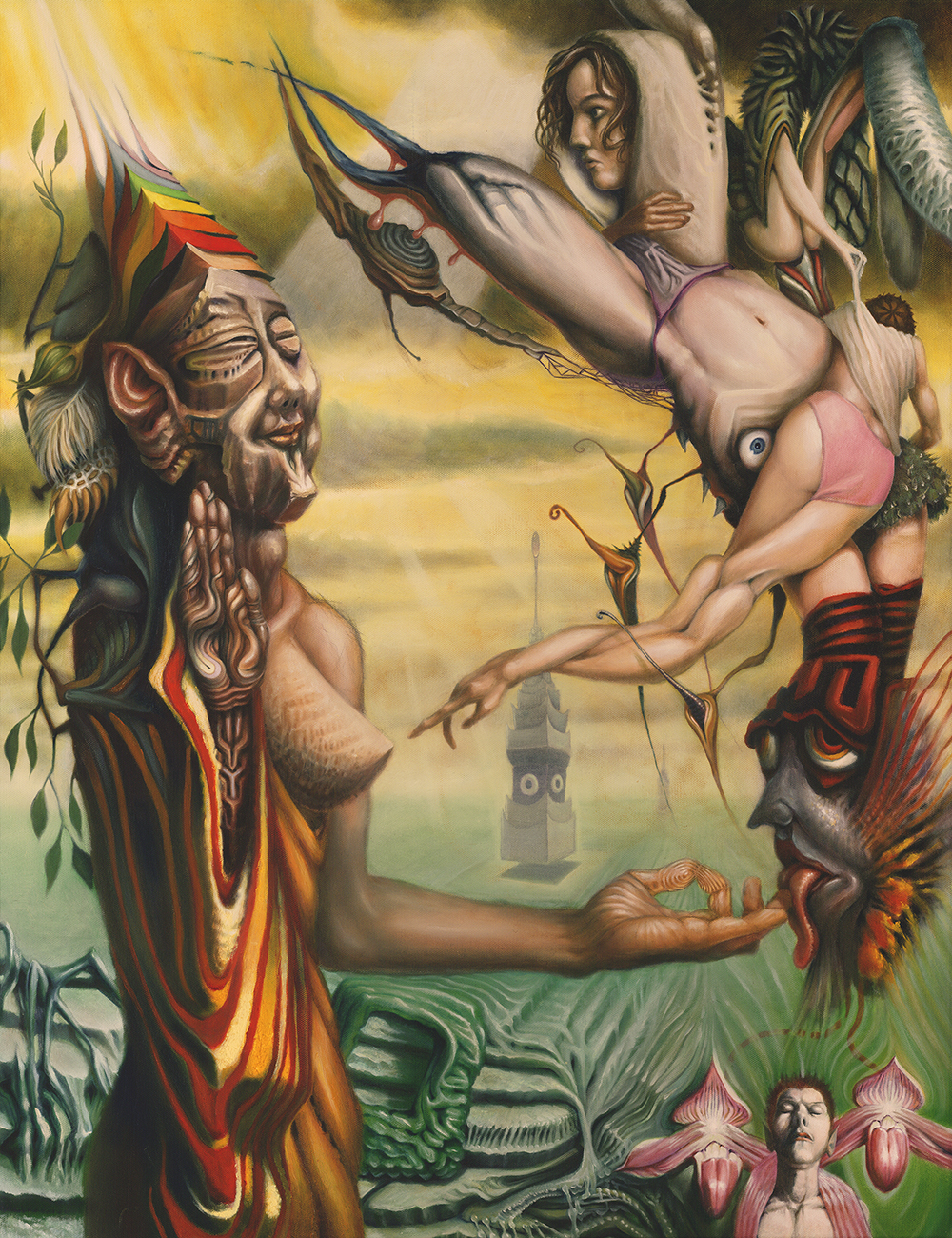