The Vase in White

Unlike its fractal sibling, The Vase, The Vase in White refuses to be anything other than a centerpiece on its own... its skewed internal structure takes up the space the stems of fractal flowers would go into, forcing the eye to admire its graduated transparencies alone! The Vase in White is the twin of The Vase, which is rendered on a black background, and is also a part of this collection. 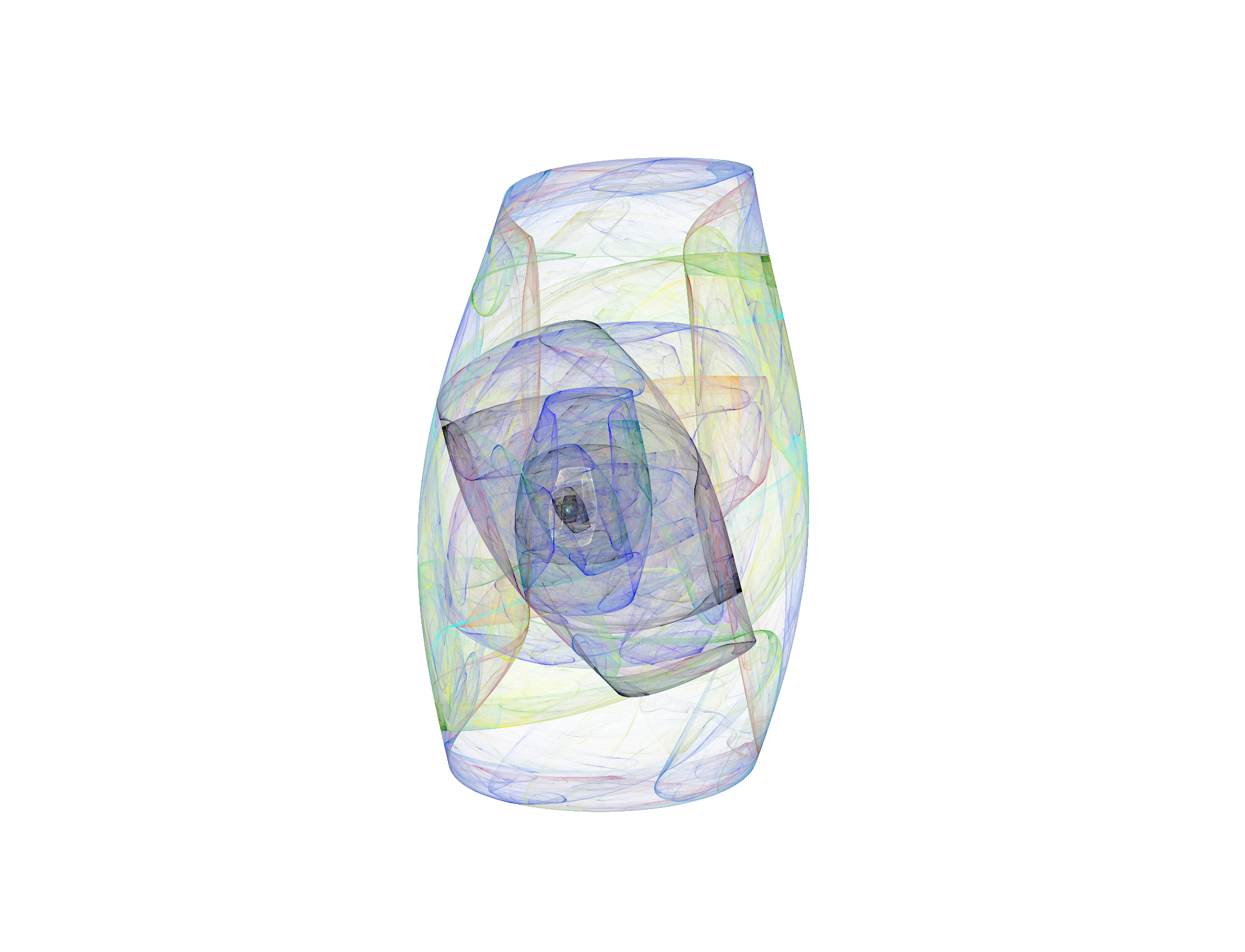