I have always had dreams where I travel and I feel identified with other cultures and languages, many times these dreams happened in other times... It happens that as a teenager I had many nightmares, some showed me something about life outside of dreams, they gave me signals the symbols that were displayed. One season, my nightmares did not stop and I felt worse and worse, in addition, outside, in the world around me there was very bad energy, especially at the national level, and this despaired so much that I decided to draw something simple but expressing my feeling... 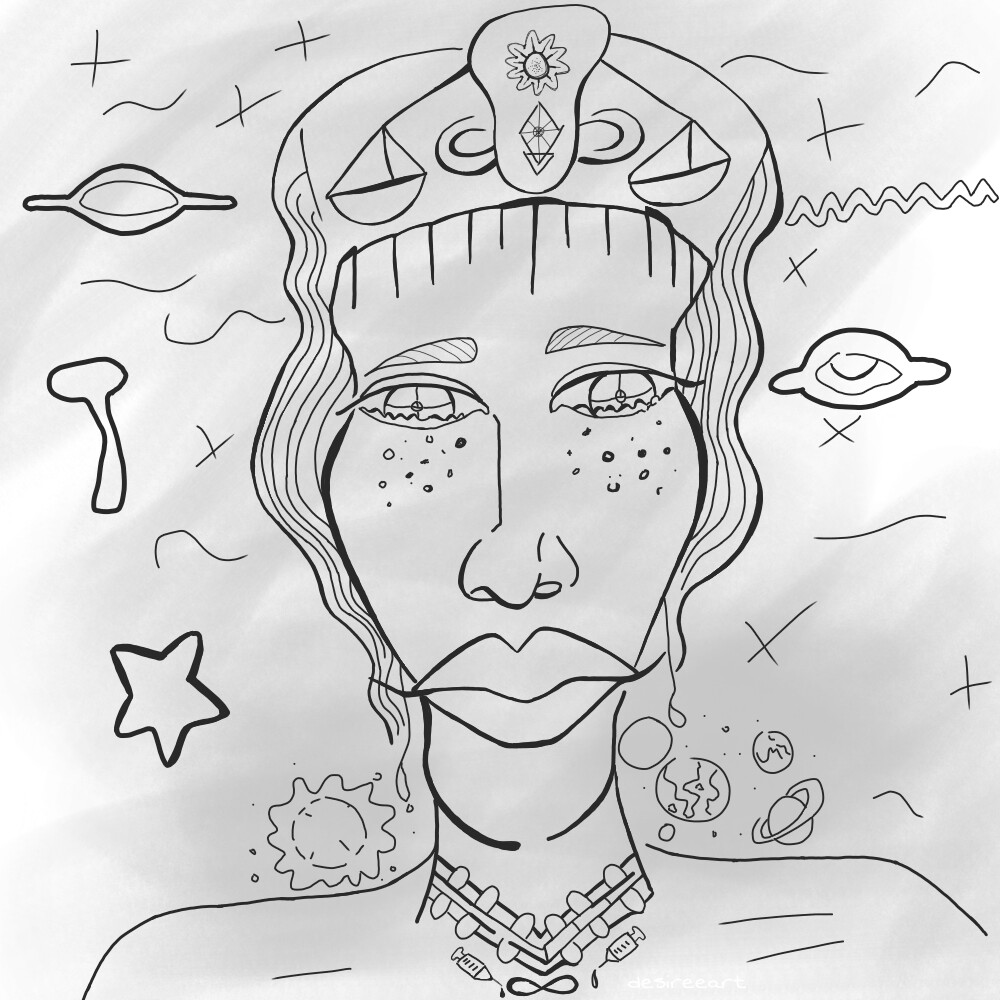