The old one - Ancient entity

Creator: @gooze
Faceless entity known as the old one, long before humanity created civilization, there was a unique being called the one, he was responsible for creating whenever he wanted, dimensions in which creatures made in his image would live. In one dimension it created beings without heads, powerful, with multiple extremities and with control over some aspect of nature, these creatures revered the ancient because he gave them power and consciousness, after his first son died, the only one with a head of all beings it created, the ancient god took his head and carried it with him, protecting it as a relic of his world and proof of its existence. Read more
Collection: ink and digital
Total Edition(s): 25
List Price: 2.5 SWAP.HIVE 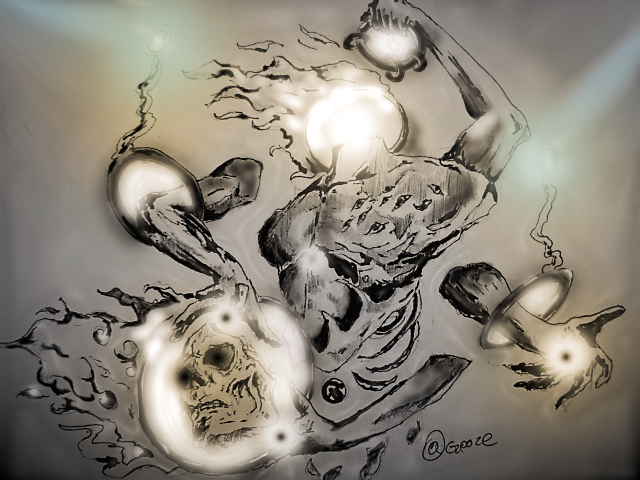