Creator: @ofabastard
In Greek mythology, the Cyclops were members of a race of giants with a single eye in the middle of their foreheads. Hesiod described three one-eyed Cyclops who served as builders, blacksmiths and craftsmen: Brontes, Stéropes and Arges, sons of Uranus and Gaea, brothers of the Titans. Homer described another group of Cyclops, sons of Poseidon. Cyclops also appear in other accounts written by the playwright Euripides, the poet Theocritus and the Roman epic poet Virgil. In Hesiod's Theogony, Zeus releases three Cyclops from the dark pit of Tartarus. These provide Zeus' thunderbolt, Hades' helmet of invisibility and Poseidon's trident, and the gods use these weapons to defeat the Titans. In an episode of Homer's The Odyssey, the hero Odysseus encounters the Cyclops Polyphemus, son of Poseidon and Thoosa, who lives with his fellow Cyclops in a distant country. The connection between the two groups has been debated in antiquity and by modern scholars. It is on Homer's account that Euripides and Virgil based their accounts of mythical creatures. Strabo describes another group of seven Cyclopes originating from Lycia, who had built the walls of Tirynthus and perhaps the caverns and labyrinths near Nauplia, which were called Cyclopean walls. This is the second piece of my BESTIARIVS collection. Read more
Collection: BESTIARIVS
Total Edition(s): 3
List Price: 350 SWAP.HIVE 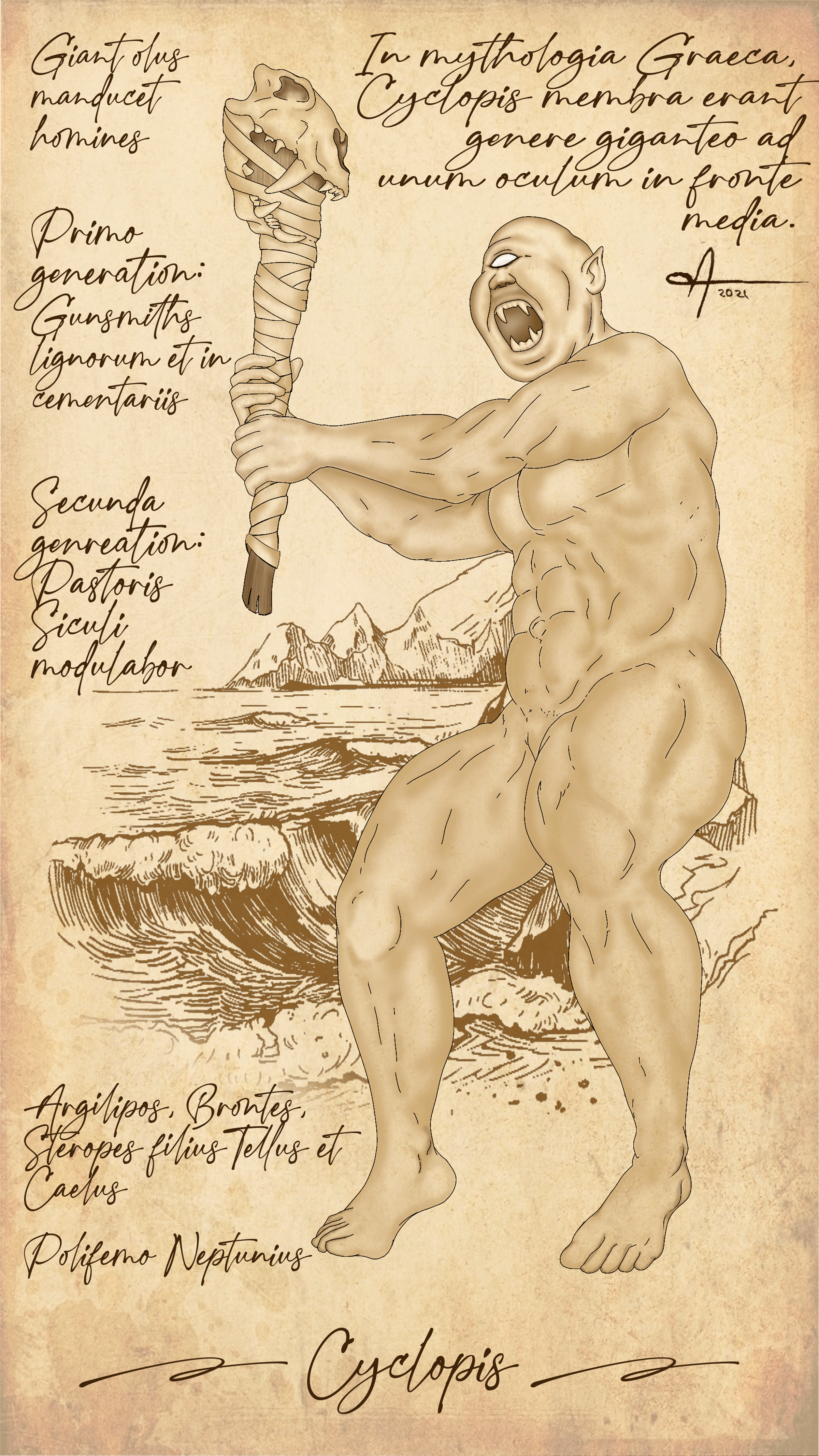