Daydreaming At A Boring Fucking Job

Most of my life was spent doing boring fucking jobs, where I spent a lot of time daydreaming. I also went insane at a few jobs that were repetitive...I was a clerk for the IRS, and that job was particularly boring. I slowly lost my mind in that one. I was very accurate as a clerk, and had a very high score, but I was too slow, so I got demoted to a lesser role that was even more repetitive. Another job that I hated was when I worked as a production artist at a sticker factory. It was not creative at all. I had to trace other people's boring ideas, and make stickers out of them. Well it was not as bad as my job at Hallmark, where I was eventually fired. That job sucked really bad. I felt like I was in Black Mirror, with everything I did on my computer being recorded. Let's face it, most "jobs" suck so bad that you end up losing all creative thoughts.........I feel lucky that I found crypto when I did. The "real world" is full of slave wage jobs that give you barely enough to eat. The hierarchy is bullshit. I did this drawing a long time ago, and just now, i added a few more details, like the long legs of the chair. 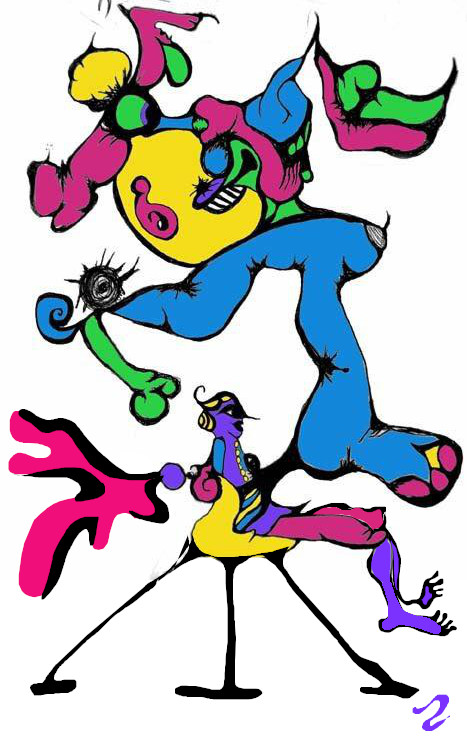