Creator: @stuckonaneyelnd
This series of artwork was inspired by the two trending topics in Black American sub-culture. Those being Japanese anime and the drug scene. Every person I know has either seen Dragonball Z, Attack on Titan, One Piece, Soul Eater, or Naruto, and have fond memories of them. Trappin’, bangin’, and ballin’ are represented in these pieces as a compliment to what the actual character represent. I found that there were many similarities between what the character represented and what the hood culture stood for. Those include flashy jewelry, piercings, copious amounts of tattoos, and some sort of affiliation. I feel that Anime shares those same values. Each one of the characters is associated with a certain faction whether it be good or evil. Each character is either loved or hated by the audience. Each character is responsible for causing pain. Each character has some personal reason to fight and kill. They are reflections of their environments. I felt that Anime is a staple of Black American sub-culture just as kung fu movies were a staple of funk/hip-hop culture. So providing a contemporary twist on these characters seemed fitting. Read more
Collection: Anime Trap $H!T
Total Edition(s): 10
List Price: 7.5 SWAP.HIVE 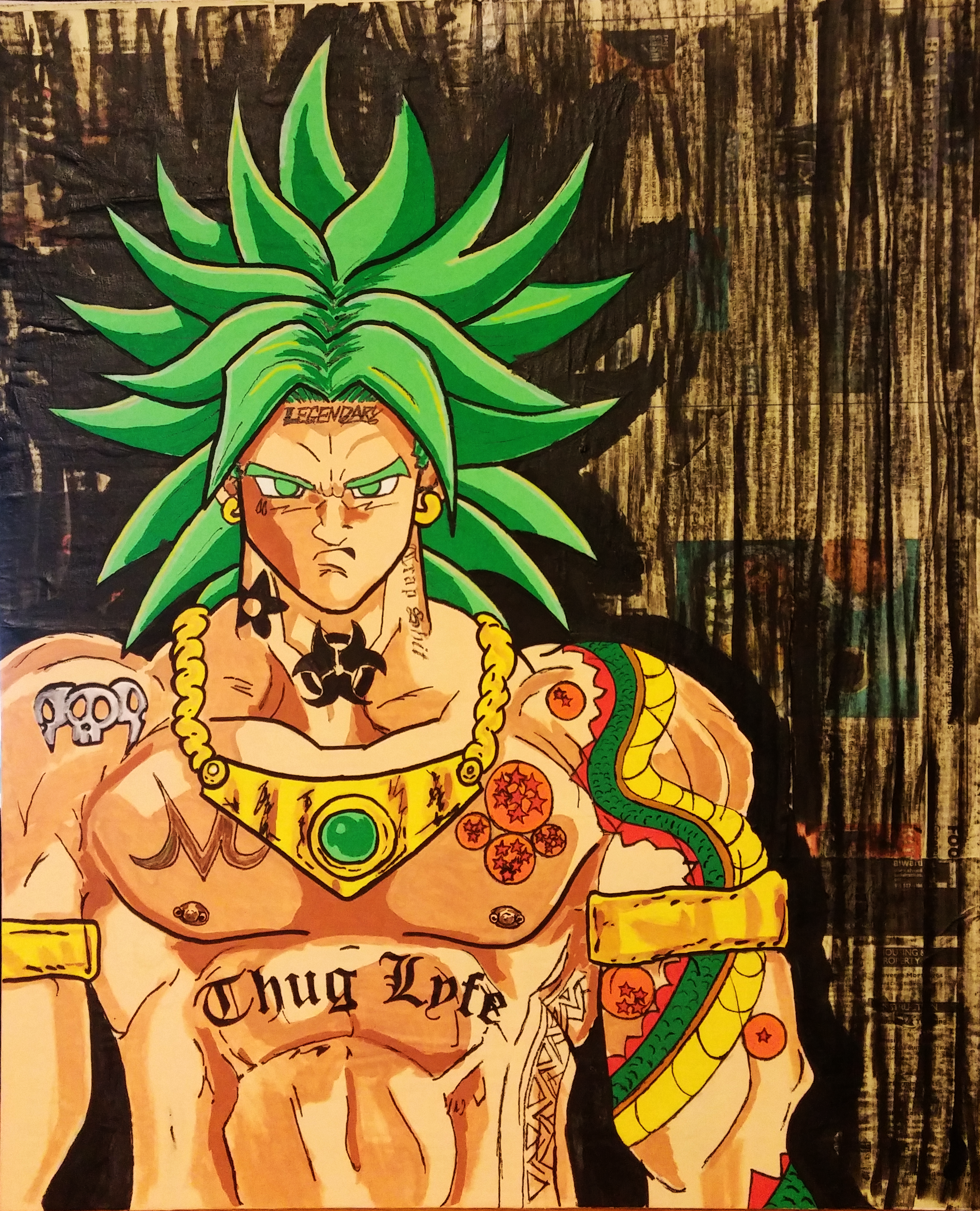