From a distance, passing through the forests of Khameelyahn, you glimpse a figure sitting, its red and rose and silver pants and boots a splash of color in the forest as notable as the arms trailing down to hands being sat upon to shield them from the cold ... you approach this cold figure to find out you have been deceived, for up close it is a tree in its winter sleep, its feathery bare branches made more silver by the frost, its limbs and roots growing down from the rock in which it sprouted in such a way as to give you the impression that it was a being, sitting ... and then at last, you realize with a shock that it is MORE than a tree, for at last you look up and see the chest and face ... you were right the first time. It is not a being like you at all ... it is the Winter Sitter of the forests of Khameelyahn. This fractal was made in Apophysis 2.09, and is one of the few that frightened me in the making ... I too was SLOW in seeing the face in the figure until very near the end of its creation, and thus in knowing exactly what this was!

Collection: Visions From the Galaxy's Other Minds 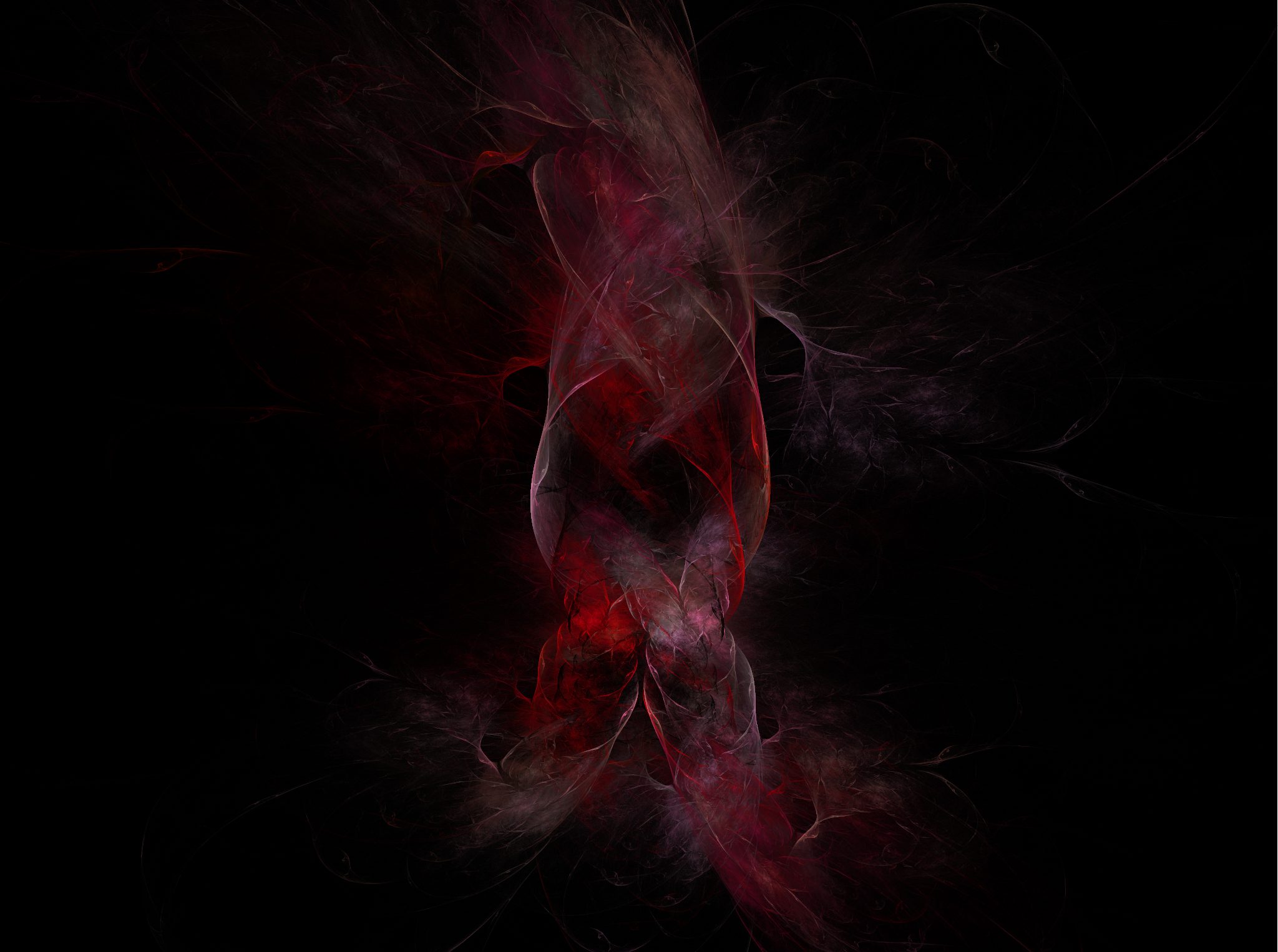