Meeting with Aye Sai It is truly painted with love! her child is white xen) And it turned out without a carrier almost like David’s. And the boy is a random mutation (the pathogen affected the DNA so much) - he was found in the forest and given to David for upbringing - he brought him up as a son from 3 years old ... but there is something in the boy from the Xenians and he went to the forest To find the son of Ksai - so that he would become his teacher - helped develop the xenov side. Many people write to me that art looks like the film "It." and here it’s !! Well, they’re already sickened up with this film. I don’t know for some it will be a revelation. In principle, the raincoats are yellow and existed before the film! 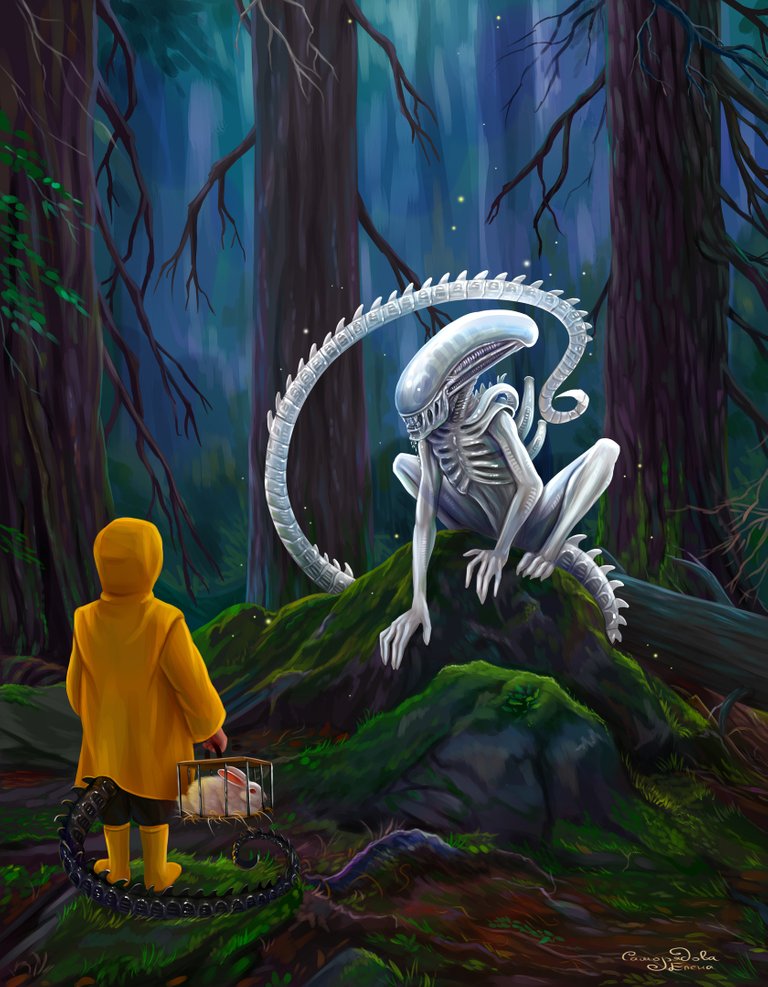