Wednesday, October 7th, 2020, Vice President Mike Pence and Senator Kamala Harris met face to face for their only debate. During the 90 minute event, a fly landed on President Pence’s head and remained for over two minutes in what would become known as #Flygate2020. The idea for this illustration came to me immediately, and around 11:00p.m. that evening, I decided I wasn’t going to be able to sleep until I drew it. This one went viral on Instagram with hundreds of shares and a reach of tens of thousands while the hashtag was trending. This is your chance to own the only tokenized version. 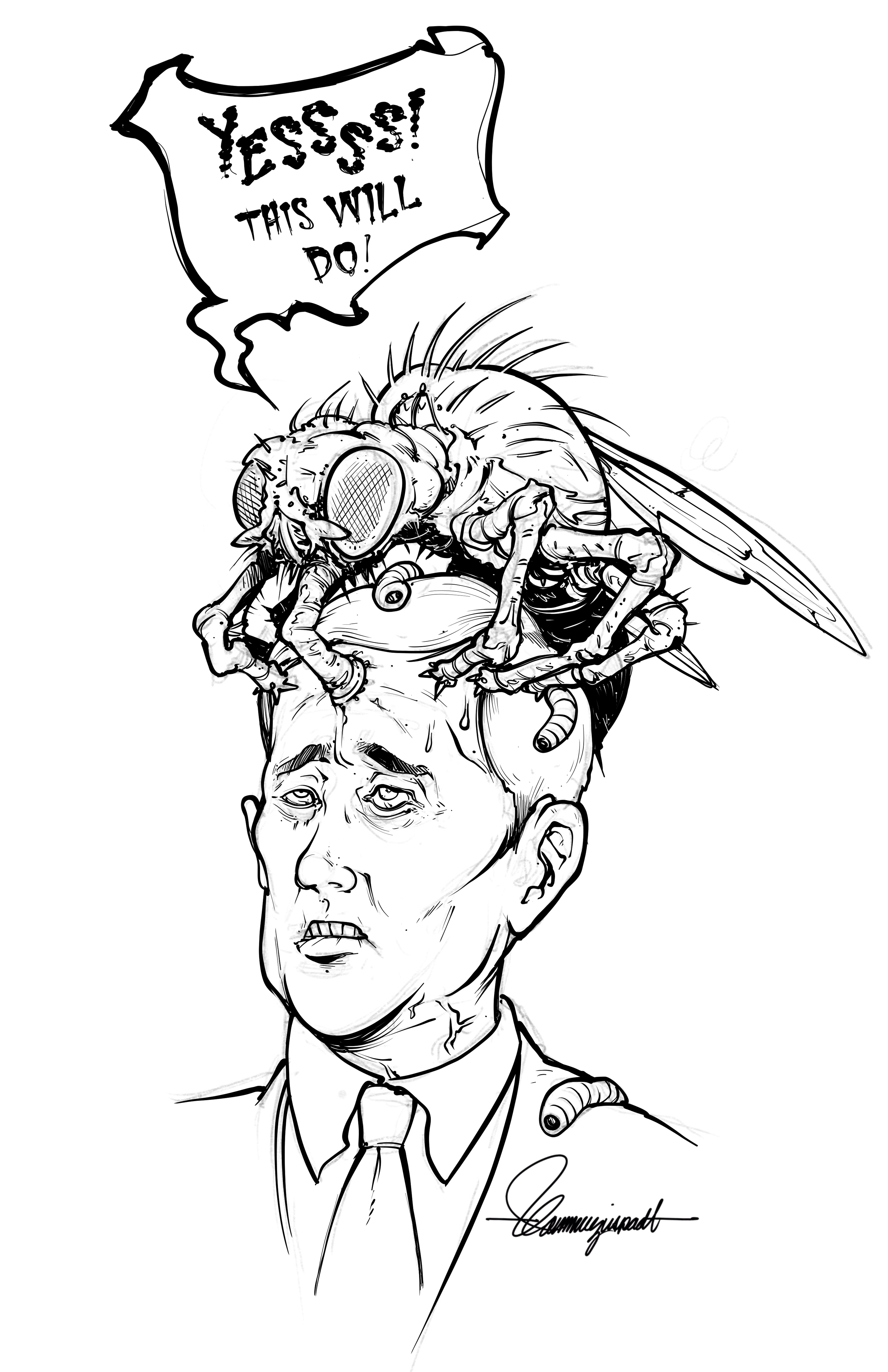