Creator: @medussart
The Tree of Knowledge 3820 x 5419 px 762 DPI 4.53 MB ___ *This is a unique version of the original traditional drawing.* A story of Creation: They say that everything was dark, there was no sun, no sky, no water, no mountains, man did not exist. Suddenly, from the words, Buoka was born; the visionary next to a mystical tree called Kareru. Buoka quenched his thirst for the juice of knowledge that flowed inside the tree and he had visions, he heard the voices of the sacred spirits of the peccaries, the mountain bear and the armadillo that lived in the belly of the tree, the first tree, the father tree, the grandfather tree. He saw the birth of the father of the waters, the Great Orinoco, the Paria Mountain, the Sipapo River and the upper Cuao, the night, the moon...Buoka in his visions saw his brother Wajari (the creator of the elements) and from his right eye, he created him and from his left eye his sister Tchejeru. Read more
Collection: MYTHICAL AND SURREAL
Total Edition(s): 3
List Price: 120 SWAP.HIVE 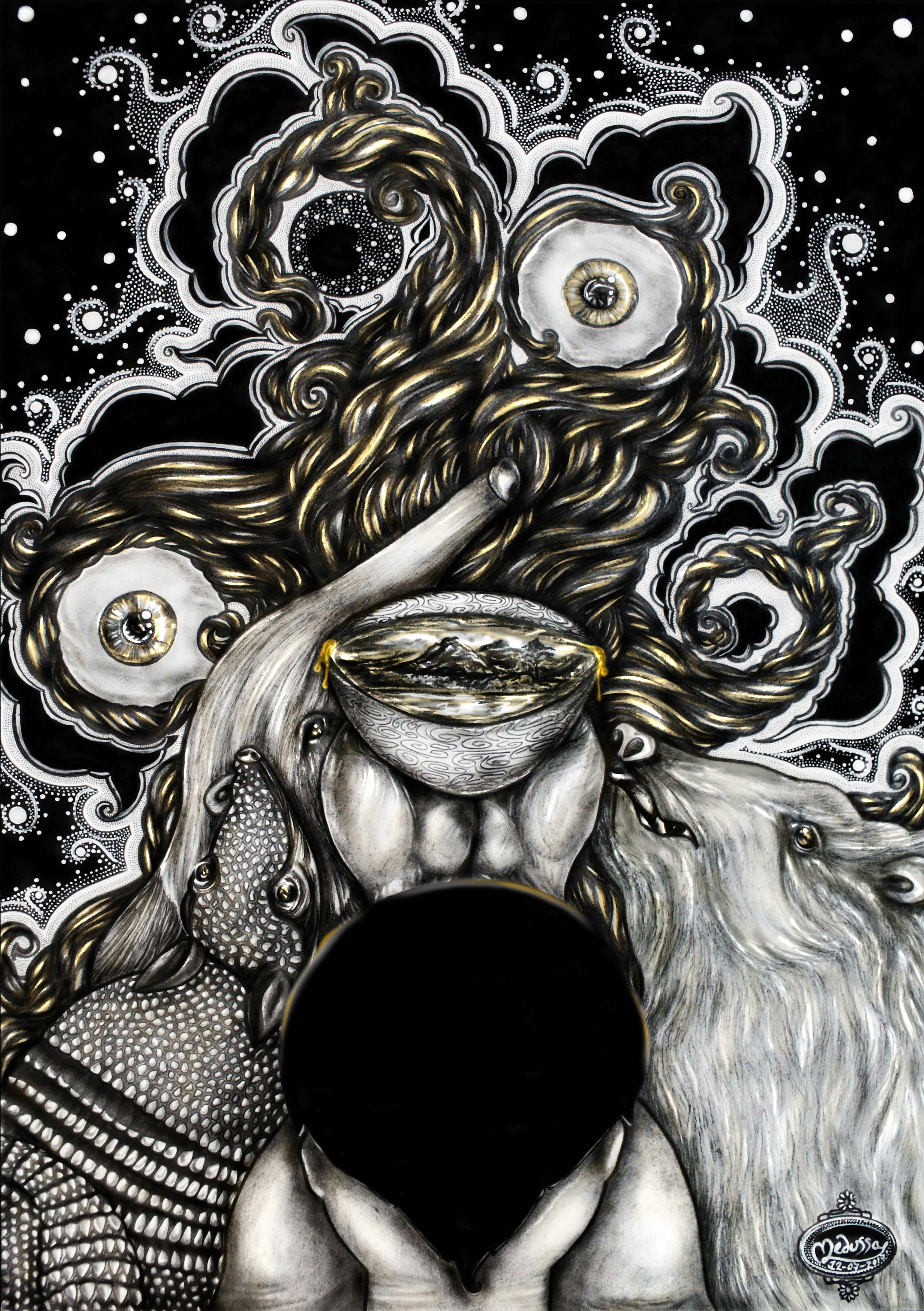