Keeper of the starry sky.

Keeper of the starry sky Moon Guardian Heart In one of the distant worlds, the Beasts-Spirits rule by the forces of nature. These ancient powerful creatures - the embodiment of the elements of nature, are fierce like a forest fire, and gentle like a summer wind. One of the most ancient spirits, the Guardian of the Moon, was born immediately after the appearance of the world, his task is to protect the beautiful moon. With the advent of dusk, He - the Guardian of the Moon rose from the void and wandered through the forests and fields, illuminating the land, immersed in the darkness of the night. In his paw, the Guardian squeezed his heart - it beat and glowed like a living coal. During the day, when he slept and was not busy with work, his heart ached and cried. The heart full of longing suffered, because the Beast was in love with the Lady of the starry sky. But the Goddess of the starry sky is beautiful and cold like a star, and the stars do not know how to love ... they have no hearts. therefore the Spirit buried it in the forest where it lay like an inconspicuous stone on a forest substrate ... Every night, the Guardian saw his beloved - he looked into her beautiful green eyes, but there was no warmth in those eyes - only arrogance and eternity. In the hope of drawing attention to himself, he gave his beloved gifts - shiny stones found during his wanderings, night flowers glowing in the dark, fireflies. The goddess accepted them - she loved everything bright and luminous, although she arrogantly noted that all these gifts in beauty could not be compared even with her dimmest star. An uncountable number of times the Moon gave way to the Sun in the sky, and the Beast could not calm down the mental anguish of unrequited love. The once golden horns grew dull, and the skin no longer shone silver - the spirit began to wither, and the light of its moon grew pale. Dark times have come for the World - the nights have become impenetrably dark. With the onset of darkness, people were afraid to leave their homes, and animals in the dark forests hid in norms. From the shadows began to emerge dangerous, evil creatures, woven from darkness - they were no longer frightened by the moonlight. The sacred balance of nature was disturbed. Realizing the damage it brings to the world that gave birth to it and that duty is above all, the Guardian of the Moon asked his old demon friend Hanwalla to take the heart for safekeeping. After all, the heart does not need much space, but is there any place in the world more reliable than the box of a mighty demon? Noble Halenvallu did not refuse the request, and for a long time in the cage among his trophies the heart of the Guardian of the Moon was beating. And again the moon shone in the night sky, and the fear of approaching night disappeared from the souls of the inhabitants of the World. But you can't hide your heart for a long time, it can wither like a flower, and then the owner of the heart will die. But with a heart torn apart by unrequited love, life is unbearable. Therefore, the Guardian of the Moon decided to present the last - the most expensive gift to his beloved. The moon did not rise again on the night sky, but the light of the stars became so bright and warm that the darkness dissipated at night. After all, even the smallest star sparkles much brighter if it has a heart.

Collection: Keeper of the starry sky. 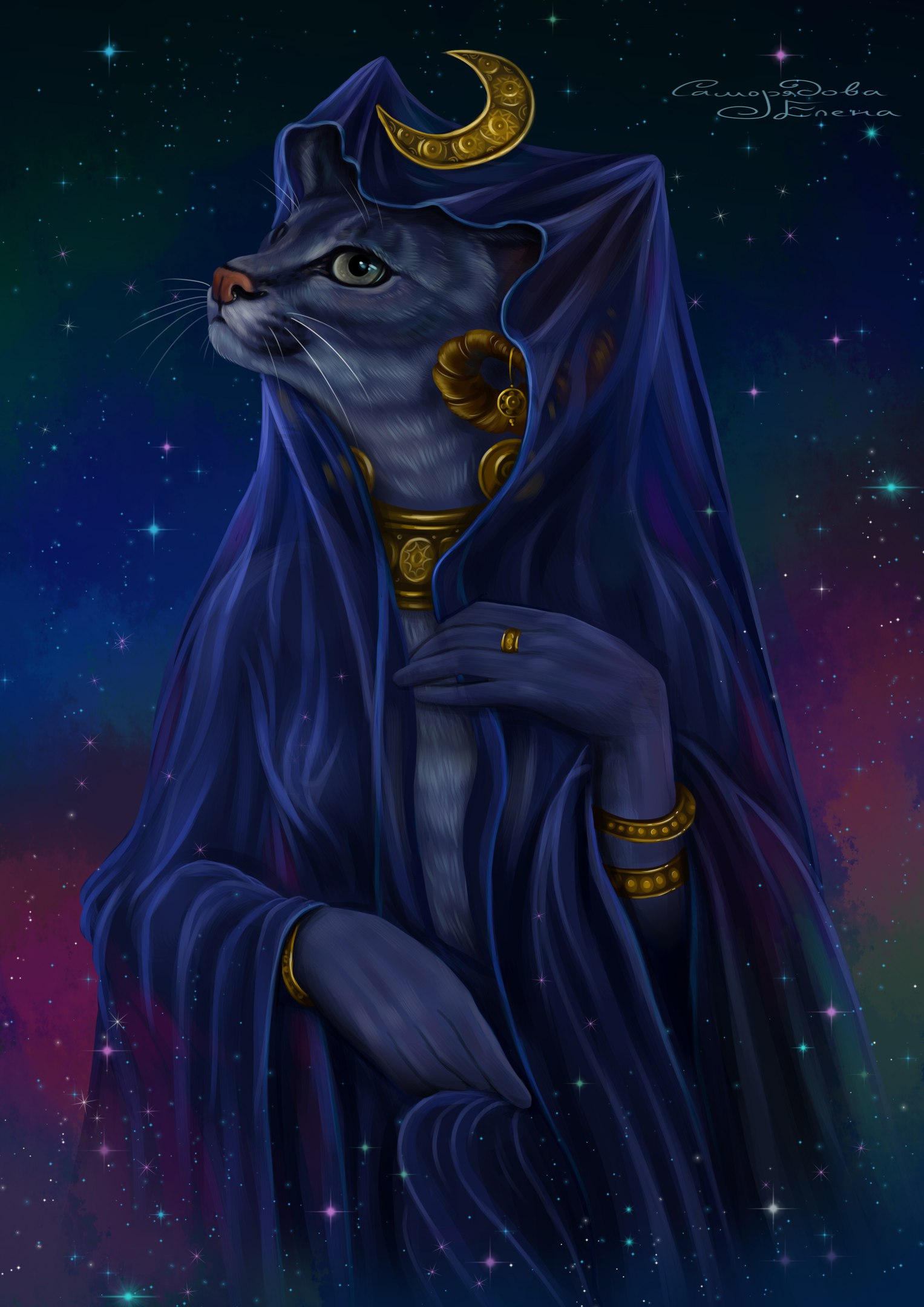